Man in the middle attack on banks

Selenium scraping of other people's fun and profit

Selenium is neat. It allows you to automate system tests and yadda yadda acceptance yadda...

~ A tongue-in-cheek presentation about the exercise in futility of scraping net banking interfaces. ~

We'll show you some of the more absurd measures banks deploy to guard their security. Security? You mean obscurity? Why would a bank need an API in 2014, hell we only just switched from Cobol on Cogs.

Dealing with an ever-changing canvas, a torrent of banners and "new offers" on a bank interface can be stressful. We'll show you the behemoth of a stack that was required to deal with a couple hundred integrated banks. Concretely, a chimera of Scala, PHP, Java, C#, JS and a lot of WD-40 that makes the thing actually work.

Yeah, WebDriver Firefox is neat, but CasperJS is spooky fast. So, let's combine the two! Everything may crash ~ so arm yourselves with exceptional exception handling ~ or you may just want to pivot to manually scanning printouts. 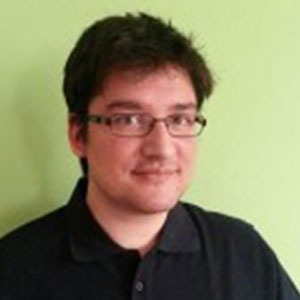 In a loving relationship with new, disruptive and buzzword compliant technologies. Having recently organized the HRScala meetup group, he is trying to rally fans of alternative JVM languages under its flag.

CEO of Element and DSL Platform.